On the Street and at Risk 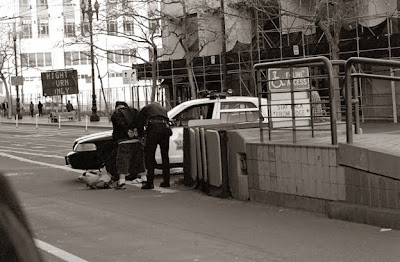 On March 13, 2010 I was on my way home from work, and as I reached the Van Ness/Market Street metro station I heard men screaming. I looked up to see two patrol cars blocking traffic on Market Street, and two policemen trying arrest two men in the street. One man was resisting being arrested as one of the policemen yelled at him to get on the ground. The man started screaming. The policeman began to force the man down and continued screaming at him to get on the ground. Once the man was on his knees the policeman drew his sidearm pointing it at the man’s back and shoved the man face down on the street.

This all happened in a matter of seconds. When I saw the gun in the policeman’s hand I decided to start taking pictures. 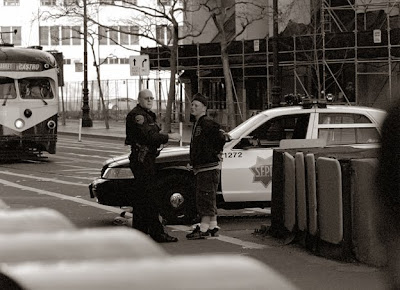 The policeman had holstered his sidearm before I shot my first frame. At this point a woman on the sidewalk ahead of me started screaming at the police to leave the man alone. The man being arrested started screaming at the woman to “go away before they arrest you too!” I watched as she walked down the street, passed me, and went around the corner. It was odd, but I noticed as she walked by me she was smiling. I went back to taking pictures. 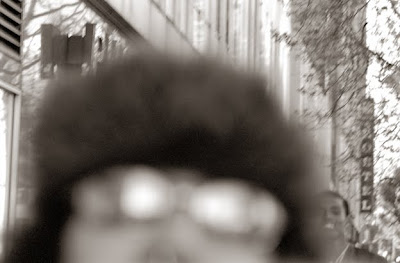 It was obvious the excitement was over. As I shot the last frame of the arrest I felt a heavy, dull bang on my right leg. I looked around and saw the woman running around me to my left and up the sidewalk toward the police. She had just kicked me in the knee. When I yelled at her she turned and charged me. I pulled the camera up in front of me, not putting it to my eye, and managed to get off a frame before she started swinging on me. Her left hand came down on the end of my lens and she started to windmill with her right. I prevented her from hitting me and pushed her away. 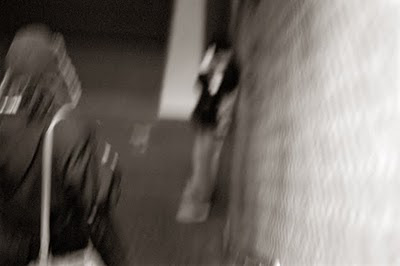 She started screaming that I had no right to take pictures of something I knew nothing about and dashed for the metro station. I yelled back that I was on a public sidewalk and well within my rights and followed her down the stairs trying to get another picture. The more I yelled at her the faster she ran. She went through the station, crossing under Van Ness and out the other side. 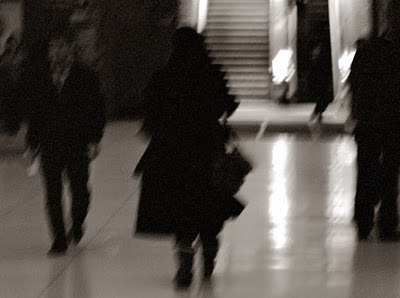 By that time I was feeling quite tired. My leg hurt, I had a headache and I realized, someone that crazy could have been actually dangerous.

I’ve always felt that a photographer has the obligation to document his or her social environment, especially in times of turmoil or even during moments of tense interaction. But at this point in my life I’m too old to risk serious injury, and while I’ve never felt the threat before, I do now.

He Does It His Way 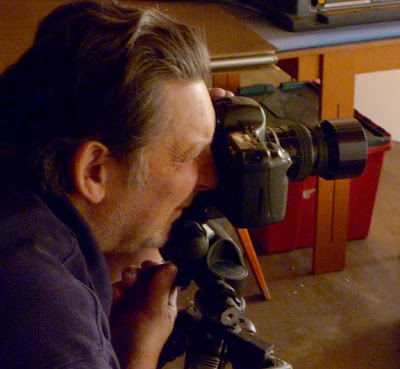 Don Felton, owner and primary photographer, of Almac Camera here in San Francisco, has been shooting art work for many of the major artists, galleries and museums in the Bay Area for about thirty years.

Don is a very intuitive photographer and has never gotten bogged down in technical matters or equipment issues in terms of getting his work done. For years he shot everything from 8x10 to 35mm; always transparencies that were perfectly exposed.

His set-up has always been extremely simple: tungsten lights bounced into huge foamcore reflectors that he moves around until the artwork is lit just right. The results have always been superb.

When Don made the switch to digital he knew what he wanted. Rather than adapt his style to the digital revolution he took just what he needed from the booming technological advances that overwhelm most of us, and he never missed a beat.

Don shoots with two high end Canon DSLRs on which he has mounted his 30 year old manual focus Nikkor lenses. He never uses the light meters, the cameras are always in manual exposure mode. He opens up the lens, focuses on the art work ( I asked him if he used the camera's electronic rangefinder to verify focal and he asked, "What's that?), then he stops down to f/11, activates the self timer and starts bracketing shots in 1/3 increments of shutter speed. He operates his DSLRs the same way he operates his 8x10 view camera. It's a treat to watch him work.
Posted by David W. Sumner at 9:19 AM 1 comment: