Should We Even Care?

There is a lot of stencil art on the streets here in San Francisco. Much of it is original work, but some has obviously been appropriated. 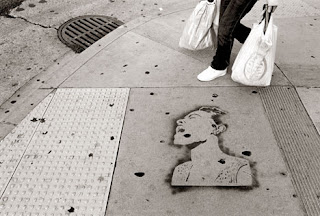 The stencil image (above) of Billie Holiday is on Van Ness Avenue. The original image is a photo by the late William Gottlieb. 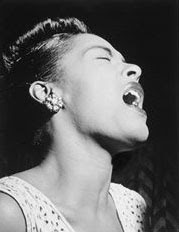 Portrait of Billie Holiday: ©William Gottlieb
So what do we make of this? Is it an homage to Gottlieb? Is it fair use? Is it a copyright infringement? Given the context does it matter one way or another?

What if Gottlieb, were he alive, came along and signed his name to image on the sidewalk? Would that upset the person who made the stencil and painted the image on the concrete?

Usually I don't spend much time pondering such age old debates as to crop or not to crop. But there has been a lot of chatter lately about the purity of the in-camera crop and corruption of shooting first and cropping later.

I try try to do as much in-camera cropping as possible to make use of the full frame for every composition. But some times I'm faced with little time to get the shot: no time to get closer or switch lenses. My choice is always to get the shot regardless.

Recently I was roaming around the Ferry Building and I saw a girl feed some pigeons. The birds were actually sitting in her lap as she fed them. I stepped up and just as I was about to press the shutter release a little boy ran into the frame chasing the pigeons away. The boy's father reeled him and I backed off to let the pigeons come back. The girl was a little self conscious, but she went with it.

Most of the pigeons came back to be fed, but none hopped up onto the girls lap. I started closing in and heard the little boy running up behind me. I grabbed the shot from where I was, just before the pigeons took off once again. This all took place in less than a minute. I managed one frame. Not the image I had originally wanted, but a general depiction of the scene.

Here's the image I came away with. So where is the picture? Is it in there some where? 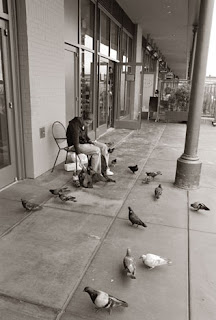 And here's my decision. There was no choice but to crop. 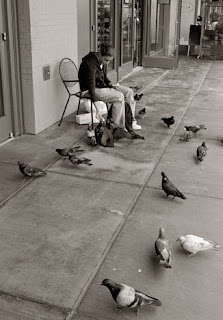 Now I'm not sure this image is even worth keeping, but it's a good example of need for and usefulness of cropping. Granted, I believe in the full frame and doing one's best to avoid cropping any image. But I also believe there are times when one must decide to shoot now and crop later or lose the shot.
Posted by David W. Sumner at 7:07 PM 1 comment: